What is lost talent costing you?

This article was first featured in Daily Herald Business Ledger.

With the unemployment rate being at a record low, finding and retaining top talent is critical. A number of things are affected by a vacant position, and many business owners may be surprised at the cost. The war for talent is in full force, so how can companies prepare themselves for battle?

According to a recent Human Capital Report published by the Society for Human Resource Management (SHRM), the average time to fill a vacant position is 42 days and the average cost of recruitment per hire is $4,129. Imagine having 10, or even 100 positions to fill. Hiring can cost an organization hundreds of thousands of dollars in a 12 month period. This is just the cost of recruitment, and doesn't account for the money lost by not having someone in a role.

Various sources report the average employee generates anywhere from one to three times their salary per year. Using a multiple of two, if a full-time salaried employee makes $50,000 per year, the loss of production is costing the company upwards of $450 per day. If this position remains vacant for an average of 42 days, the company will potentially lose over $18,000. If the position stays open for 6 months, the organization has now lost over $50,000. Although this amount may seem minimal for a larger company, it could make or break a smaller company's profit for a month, especially if there are not multiple employees in that role.

While the monetary value of a vacant position is important, dollars are not the only thing affected. When a position goes unfilled, the existing team must find a way to complete this work while still performing their existing job responsibilities. An employee being stretched too thin for an extended amount of time can lead to burnout, which can cause lack of motivation and engagement - leading to even lower retention. Now, you must fill multiple vacancies simultaneously.

Even when a vacancy is filled, there is still a transition period before a new hire reaches maximum output. In fact, a new employee can take up to two years before they become fully productive and may operate at only 50% capacity compared to your traditional staff. Similar to the lost profit of an unfilled role, this period associated with on-boarding a new employee can also be expensive. Not only are you missing out on potential revenue due to lower productivity, but it also costs existing employees, who may already be feeling stretched thin, their time to assist in the on-boarding process.

So how do companies avoid spending time and money on recruiting? You can start by understanding what causes employees to exit. Studies show the two main reasons an employee leaves a company are 1) receiving an offer that was too good to pass up, and 2) feeling like they are being underpaid. Other reasons include no room for advancement and feeling undervalued. While there may not be much you can do about the number one reason, there are certainly things that can be done for the rest. Start by surveying your team. Are they happy and engaged? If not, why? What internal changes can you make to change this? Sometimes it is very simple things that can go a long way, so ask your team what is important to them.

• Heather Carbray is director of finance and administration at Red Caffeine growth consultancy in Lombard. 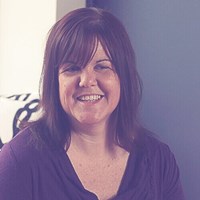 Director of Finance and HR

I am the Financial Maven and the HR Heiress of Red Caffeine. I have a passion for both numbers and people and am able to connect the dots between company financials and human resources, without losing sight of human capital being the biggest asset. From leading our team in the Great Game of Business, to financial literacy training, to Employer Brand consulting, I am always ready to dive into an issue and help. Being equally left brain/right brain, I find the common ground between analytics and emotion. A true wallflower by definition, I will typically blend into the scenery, but when I do speak, people listen.